In Partnership with Lynchburg Parks and Recreation

We had the opportunity to partner with Lynchburg Parks and Recreation recently to create a hands-on learning experience for all ages!

Chris Higgins, the Parks and Rec Park Facility Services Manager, reached out to us with the goal of partnering to create a solar educational facility, and to create an experience that will help educate all ages about solar power and how we are helping the planet by going greener. The project is the first part of a new program put in place by Lynchburg City: the Sustainable Infrastructure Program. The program is aimed at helping the city become more sustainable as Virginia moves towards its goal of becoming thirty percent energy efficient by 2030.

The panel install took place in May, and it was so exciting to start to see the project start to come together! We had almost our entire team out at the park all day helping with the install, along with Chad and the install team from Convert Solar. 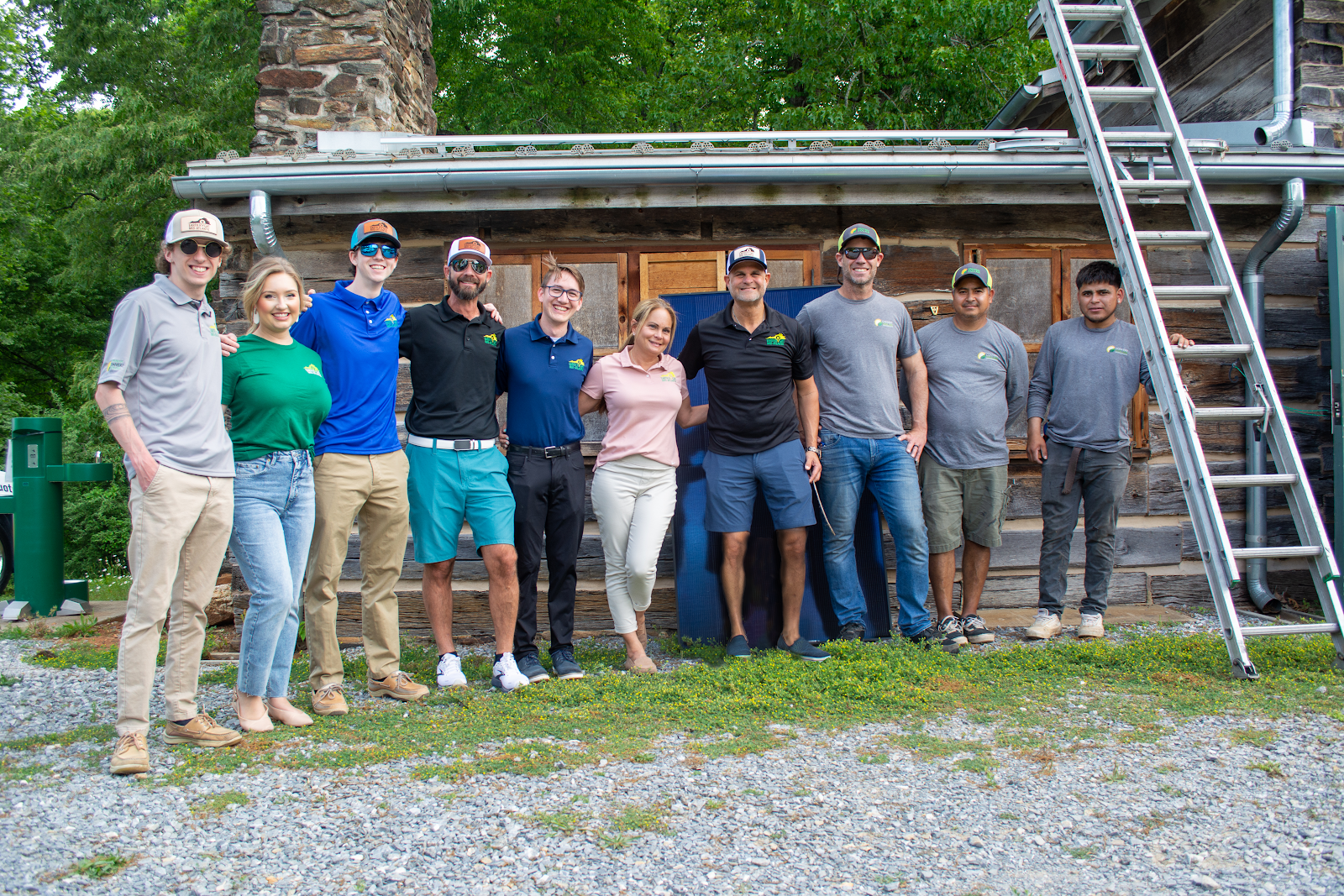 After the panels were installed, the next step was to get the educational display up and running. John Henry, our graphic designer and marketing director, was in charge of the project and did an amazing job putting it together and making it fun and interactive! 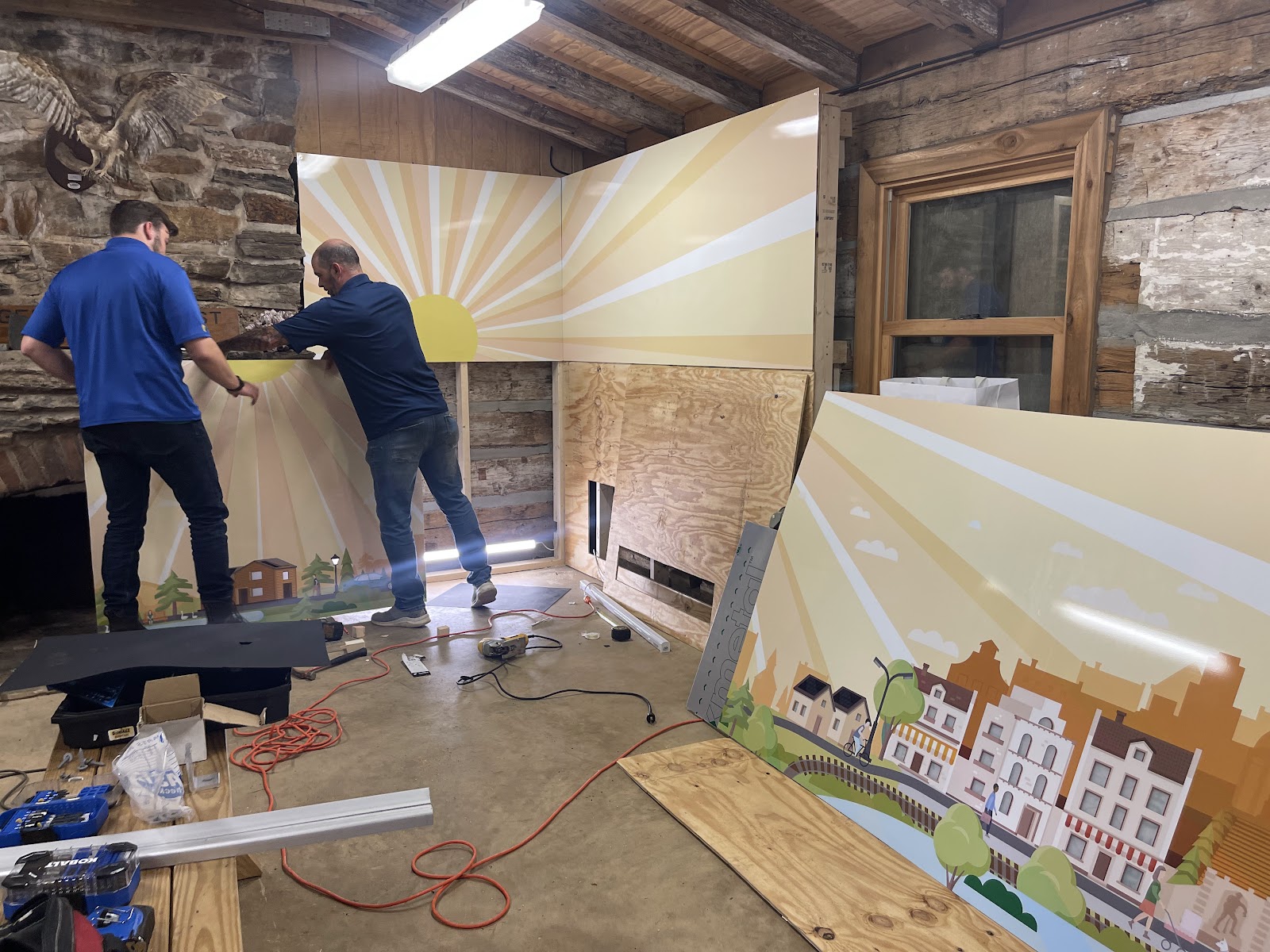 The project being put together!

The ribbon cutting took place on June 14th, and we were thrilled to see all of the community members that came down to watch the ceremony, see the display and get free barbecue from Pok-E-Joe’s (a Lynchburg staple).

Chris Higgins of Parks and Rec spoke on the efforts being put forward by the city to make Lynchburg more sustainable, and how the new Sustainable Infrastructure Program is the first part of that effort. Finally Corey Argentino, Earth Right Mid-Atlantic CEO, spoke on how thankful we are to have been a part of this opportunity. We are so excited to help move Lynchburg into a greener future and to help educate current and future generations on how they can help the planet through solar power.

We would also like to thank everyone who made this possible: 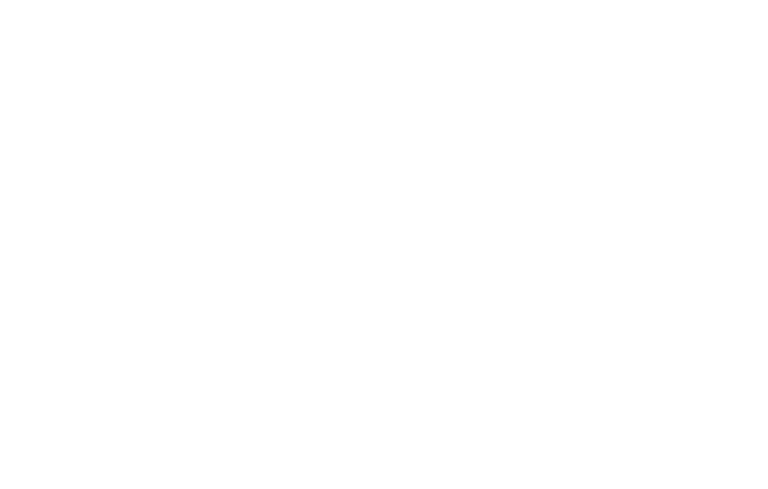